Our tablets are "bits" of algae, an eco-friendly, sustainable food crop that supports your health and protects the earth.


Algae is not only good for you, it is good for our planet. Algae is an eco-friendly, sustainable crop with environmental benefits that are endless and proven. Love your body and the earth too with algae tablets!

Algae farms use less water than any other crop. Spirulina uses 2% of the water that is required for beef protein (spirulina only uses six gallons of water for 10 grams of protein while beef requires 1,303 gallons for the same amount of protein.

In January 2019 the very first Algae Agricultural Act was signed into law by the US President in the 2019 Farm Bill. This is the first time American legislators have identified algae as a critical and sustainable food crop that needs to be grown in USA.

Overfishing is threatening our oceans’ ecosystems and depleting fish populations. Not only are entire species of fish dwindling, some are in danger of disappearing primarily due to the extraordinary demand for fish oil which consumers use as a source of omega-3. The fish oil craze has exploded in recent years because Omega-3 is known to reduce inflammation, heart disease, and improve overall health including brain health. However, to keep up with the demand for fish oil, entire schools of fish are being depleted faster than they can reproduce. Not only does this create ”dead zones” in our oceans, scientists believe that if current practices continue, fisheries will collapse by 2050. We clearly need an alternative, sustainable source of Omega-3s. The solution is not a difficult one. Take spirulina algae instead. Algae is where the fish get their Omega-3 from. You should too. And algae is vegan and never goes rancid – unlike fish oil. 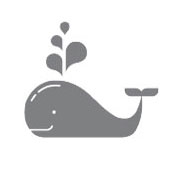 Ocean
Algae is a sustainable source of Omega-3 which protects fish & oceans. Fish get their Omega-3 from algae. Maybe you should too 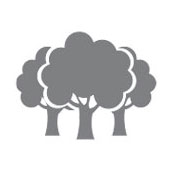 Algae produces 200 x more protein per acre than cattle farming and creates zero waste which protects our land and livestock. 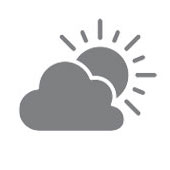 Algae provides 80% of earth’s oxygen and removes CO2. Thanks to algae we breath deeper and better. Ohmmm 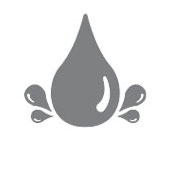 And if that wasn’t exciting enough reason to add algae to your daily diet, consider that algae has been used for decades to kill bacteria including the bacteria in water which is why virtually all water treatment plants throughout the world use algae to help keep the water in their communities clean Yeah algae!

Algae preserves our land because it is grown in aquaculture (in water tanks) so it can be grown on land that is currently unusable – even deserts. And since algae grows faster than any other land crop (such as corn, wheat or soy), farmers could harvest 10-12 algae crops per year instead of just one crop of corn or soy. Not only does this make economical sense, algae produces 30- times more protein per acre than traditional field crops It sounds like we need more algae farms, right?

"Algae uses less than one-tenth as much land as traditional crops, and grows ten-times more rapidly, freeing up the land for alternative use."

Not only does algae generate 200-times more protein per acre than beef, algae farms also have a ZERO carbon footprint. This is because there is no biomass waste and no topsoil loss. In fact, algae is often used as a fertilizer because it restores carbon and other key nutrients to the soil which increases crop yields and improves topsoil. In contrast, just one kilogram of beef protein causes 145 kilograms of topsoil loss

Algae releases so much oxygen while it is growing, it is responsible for up to 80% of the oxygen on earth and it interesting to note that algae was the first life on earth almost 4 billion years ago. Not only does algae protect our air by providing the vast majority of oxygen that we breath, algae also captures carbon dioxide from the air. Studies have shown that algae removes two pounds of CO2 for every pound of algae grown. This is in contrast to the damage to the ozone layer caused by methane released from cattle ranching. Environmentalists estimate that cattle are responsible for 10% - 15% of global greenhouse gases. By the way, land plants cannot fix nitrogen from the air. Legumes have traditionally claimed that talent, but closer inspection reveals that the modules on the roots of alfalfa, soy beans, lentils and peanuts that fix N2 are filled with cyanobacteria and it is this blue-green algae, (cyanobacteria) that removes the CO2 and N2, from the air or water.

More algae farming might not be as far off as you think! The very first Algae Agricultural Act was approved by the President in January 2019 as part of the 2019 Farm Bill. This bill encourages US farmers to grow algae in the USA and was supported by the House Agriculture and House Energy and Commerce committees in 2018. It’s a landmark piece of legislation that will finally bring algae into the mainstream and will direct millions into algae research and commercial development. And let’s not forget that in 1974 the United Nations held a global conference on spirulina and decided it was the best food of the future and the answer to end world hunger! Algae already has a positive impact on our world but it can do so much more! All you need to do is start adding it to your daily routine and you will bring us closer to having a healthier, more sustainable planet. Want to help bring algae into the mainstream? Keep educating yourself about algae (by reading articles like this) and where possible, introduce algae into your diet and community so it can replace un-sustainable food and supplements. Your body and Mother Earth will thank you! And we will too. Thanks for loving Mother Earth and your body to bits!

Algae is Not Just a Sustainable Food, it is a Role Model for Mankind

Now that you have learned how sustainable and eco-friendly algae is, we want to share a few more great things about algae with you!

One of algae’s smartest survival strategies is something land plants cannot do – it goes dormant in bad conditions. Unlike any other crop that dies when growing conditions deteriorate, algae never dies. It just goes dormant -until the growing conditions improve again. It doesn’t matter if it takes days or billions of years. Algae cells don’t’ die. They simply shut down their metabolism and enter an inactive state. How cool is that!

Algae can also tolerate any condition it finds itself in. Wouldn’t it be great if we could too! For example, algae can survive on rocks as hot as 700 C, (1600 F). In extreme heat stress, the naturally blue-green algae turn a frosty white cake and develop a sweet flavor, (e.g. manna). Intense heat transforms algae’s 70% protein structure into polysaccharide sugars.

And this has been confirmed by USA researchers at Arizona State University where the temperatures in their outdoor algae production center can hit 1200 F, which would kill almost anything. Yet the research team found that when they placed new algae cultures in the raceways in the early morning, the cells could double before peak heat in late afternoon. The most amazing finding was that some of the new cells had already adapted to the extreme heat.

This finding was also confirmed by Joan Myers, a phenomenal National Geographic photographer, who documents extreme environments such as ice floes and volcanoes. Her latest book, Fire and Ice brings environments to life. Joan tells a fascinating story. She and a scientist were pulling cores from below the ice sheet in the 17-million-year-old Beacon Valley in Antarctica. When they returned to the lab, they removed a million-year-old rock and cracked it open. What did they find? Dormant blue-green algae. When they added water, the algae came to life. Algae exhibit an ability to learn or adapt quickly to environmental changes. Algae survived billions of years of early earth when fierce electrical storms, temperature swings and drought were common. Seems that we could learn a lot from algae’s ability to tolerate the intolerable.

Some algae species, react to environmental stress by metabolizing valuable oils. The cells spontaneously produce the oil to protect itself from too much sunlight. The oil reduces free radicals and oxidative stress which in turn helps the human body maintain a healthy state when you consume it. If you aren’t taking algae every day yet, you may want to, just for its antioxidant benefits not to mention its high chlorophyll, high protein and forty other vitamins and minerals!

And algae are also great communicators who put the survival of their community ahead of their own needs. Wow! Who knew that algae were humanitarians too! James Umen at the Danforth Plant Science Center discovered that algae can signal their community and have developed an ability for “nutrient sensing” to control growth and lipid metabolism. Wish humans could do that!

Since algae must compete for sunlight to grow, they use an ingenious go-to-light strategy by manufacturing oil, which is lighter than water and makes the cell buoyant so it can float higher and get more sun! I bet you never knew algae was so clever! But we did! We refer to algae as “intelligent food” partly because algae’s nutrient-density fuels your brain and also because our processed foods and GMO crops have hacked our food supply so much it’s virtually impossible now to get the necessary nutrients we need. Algae is so nutrient dense and safe it may be your last chance to get the nutrition you and your family really need. That’s why we think its intelligent to take algae. Are you starting to see why we love algae so much?

But our algae romance doesn’t end there. Rich Michod, a University of Arizona evolutionary biologist discovered that algae even display altruism. He noted that, “You don’t need a brain or nervous system to be cooperative.” When stressed with heat, some algae species go into a programmed death spiral. Darwin’s natural selection theory suggests that everything in nature is competitive and that only the strongest survive. But, instead of competing, algae cooperate.

Some algae cells act altruistically and commit suicide so that others in their community can live. They chop up their DNA in a regular pattern called DNA laddering. This programmed cell death provides life-saving food for other algae cells in their community. Algae show that cooperation is fundamental to the diversity of life. Michod believes that programmed cell death in single cells may be a precursor to multi-cellular life. Pretty amazing to think that algae cares about its community more than it cares about itself. Wish it could tell us how to recover from 2020! It seems we have a lot we could learn from algae. Not only it is nutrient-dense, sustainable and eco-friendly it is a great communicator and altruistic, Sounds like algae is a great role model for the world. Right? Heck most of us just want to survive each busy day but algae has survived almost 4 billion years. That’s why we think it’s time to pay more attention to algae. We can learn a lot from algae. It just needs to be understood. Hope you’ll join us. For more information refer to article December 5, 2018 — Dr. Mark Edwards phD > algaeindustrymagazine.com

Spirulina algae is your answer for raw energy and optimized health. ENERGYbits® will stop your cravings, improve your focus, and give you a steady stream of energy throughout the day. 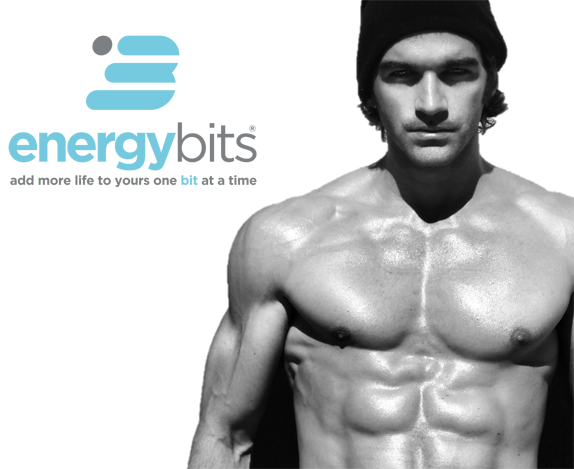